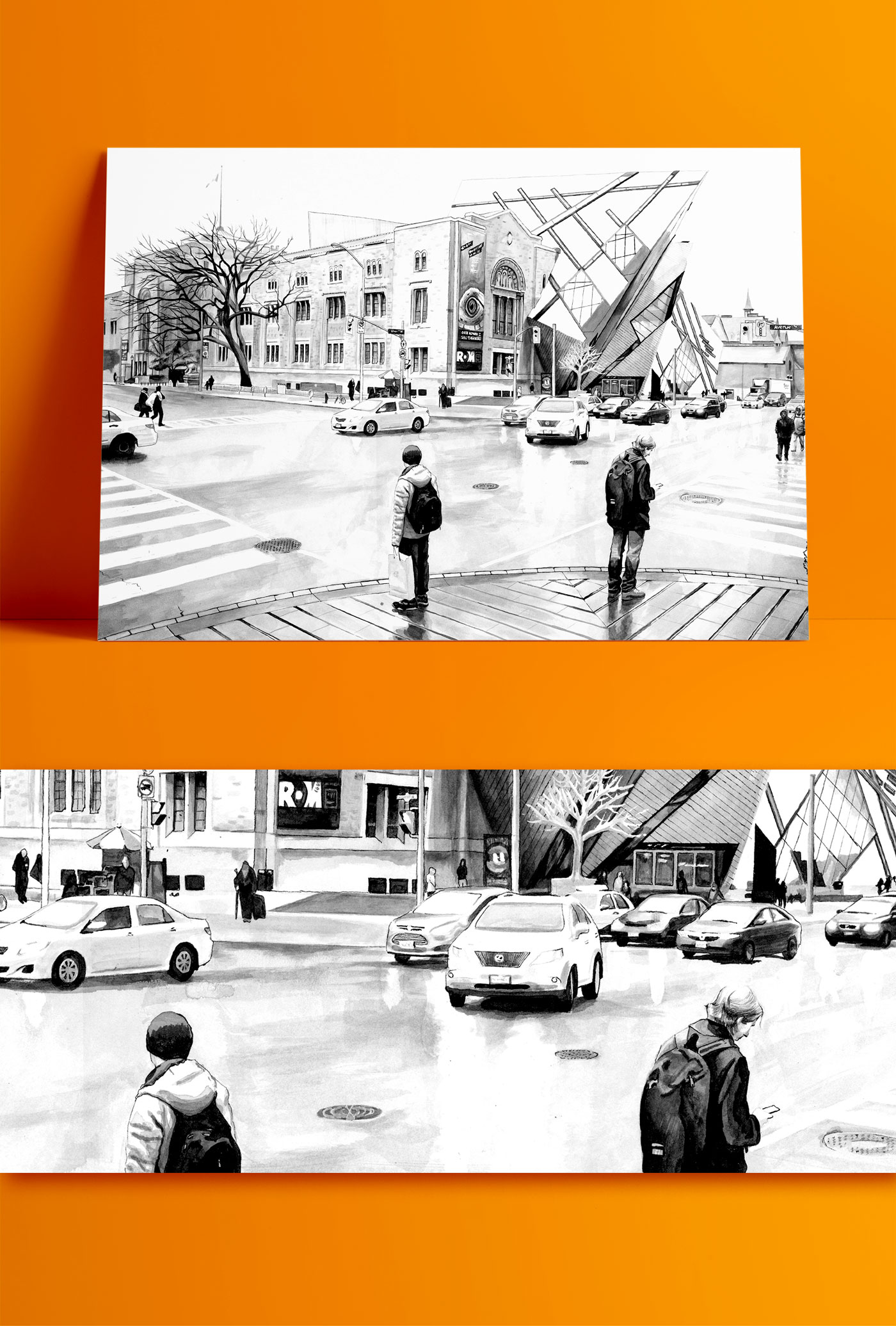 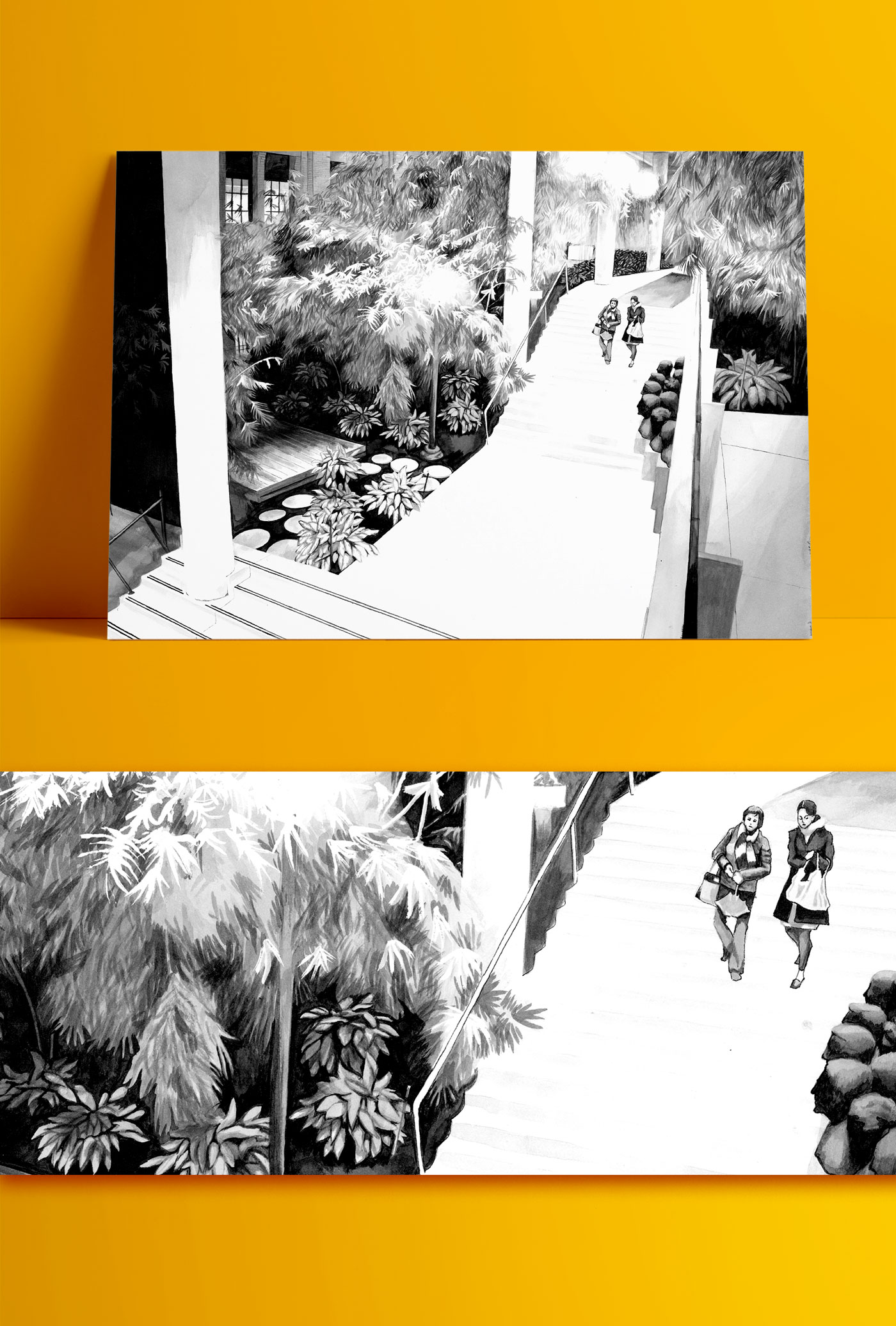 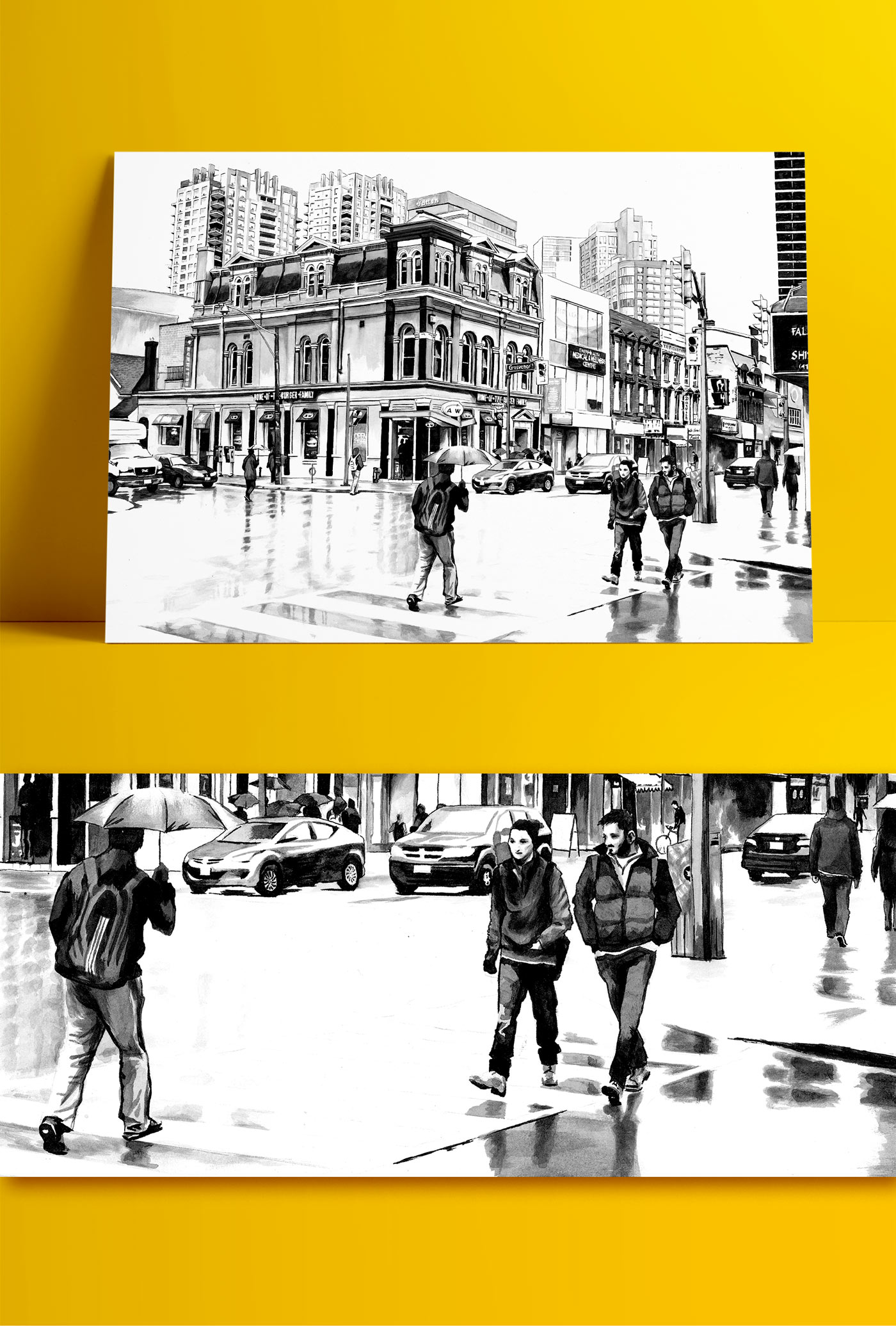 These paintings were completed as part of a series of black and white Toronto cityscapes called The Contrast Series. Each painting explores one scene in Toronto that communicates the city’s signature eclectic architectural contrasts. First, the Michael Lee-Chin Crystal addition to the original 1912 ROM building, then a bamboo garden that exists inside the Terrence Donnelly Centre on U of T campus, and lastly a typical Yonge street scene featuring modern commercial construction on Victorian buildings.